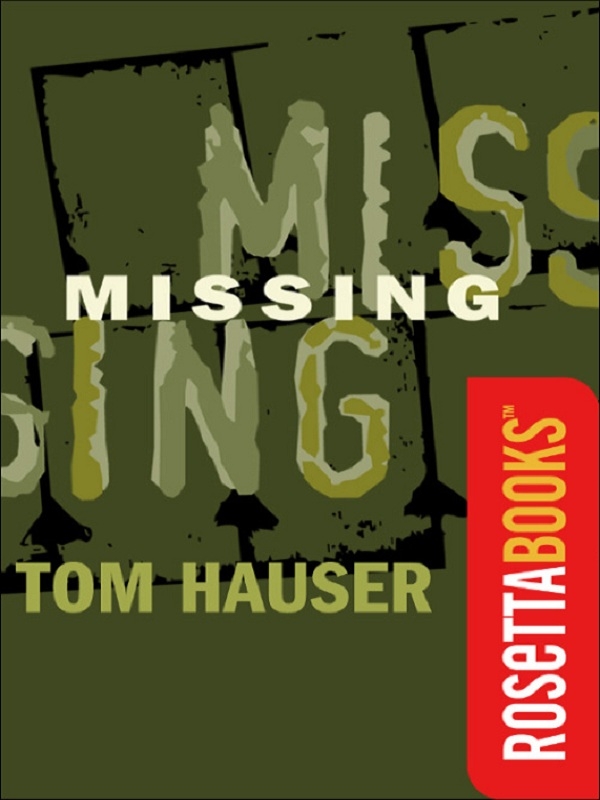 Missing is the gripping true story of Charles Horman, an American journalist who disappeared after the American-backed coup that deposed the democratically-elected president of Chile, Salvador Allende. Later adapted into a film that was banned in Chile during Pinochet’s rule, this book brings Chilean history to life—and asks challenging questions about past American foreign policy.

Thomas Hauser's book Missing is a true story and Hauser did not do much to novelize the book. Centered on the facts, the book unfolds with the breathtaking suspense and intrigue of a fully imagined political thriller.

Missing explores the fate of young American journalist Charles Hormon, who, living in Chile in 1973 just before the overthrow of the country's Marxist president Salvatore Allende, discovered evidence of the United States' involvement in an impending right-wing coup to overthrow Allende. The now-aged general who overthrew the Allende regime, Augusto Pinochet, must face the consequences of his actions. What makes the story of Missing so ultimately frightening is that Hormon was arrested by Chilean soldiers and never again seen alive by his family. It is believed that American operatives had a hand in Hormon's brutal murder.

Charles Hormon was an American freelance journalist and documentary filmmaker who had traveled to Chile in the early 1970s to explore a country that was undergoing significant changes under the then-Marxist President Salvatore Allende. In the course of his research, Hormon seems to have uncovered information about CIA involvement in a plot to overthrow Allende. In fact, the coup did take place with General Augusto Pinochet taking over as dictator then ordering the mass arrest of thousands of dissidents and opponents. Hormon was one of thousands of people who was dragged from his home. The American Embassy refused any assistance.

It seems that Hormon was murdered by Chilean security police, although this was never publicly acknowledged. Hormon's father, Ed, a patriotic American businessman, traveled to Santiago where officials of the American Embassy, led by the ambassador himself, offered to help him search for his son--but these same embassy officials knew that Hormon was dead.

Published in 1978, five years after Pinochet took over Chile, Missing is a harrowing tale. It is an explosive story that touches on political matters that are still relevant today. Hauser calmly sets about laying the groundwork for his story, examining both the facts as well as the more mysterious elements of this true story.

Author and novelist Thomas Hauser made his debut as a writer in 1978 with The Execution of Charles Hormon, which became known simply as Missing after the release of the 1982 Costa-Gavras film it inspired. Missing was nominated for the Pulitzer Prize, Bancroft Prize, and the National Book Award. His thriller, The Beethoven Conspiracy, won the Prix de Lafayette-a French literary prize awarded biannually to an outstanding book by an American author. Hauser is also the author of Muhammed Ali: His Life and Times, a definitive biography of the sports legend and humanitarian.