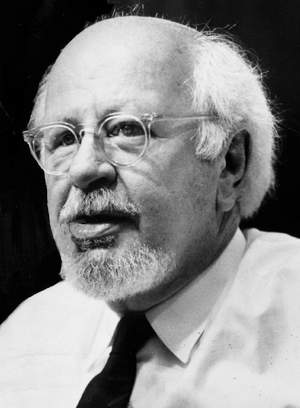 William Shirer was originally a foreign correspondent for the Chicago Tribune and was the first journalist hired by Edward R. Murrow for what would become a team of journalists for CBS radio. Shirer distinguished himself and quickly became known for his broadcasts from Berlin, accounting the rise of the Nazi dictatorship through the first year of World War II. Shirer was the first of "Edward R. Murrow's Boys"--broadcast journalists--who provided news coverage during World War II and afterward. It was Shirer who broadcast the first uncensored eyewitness account of the annexation of Austria. Shirer is best known for his books The Rise and Fall of the Third Reich, which has seen millions of copies in print and is considered a seminal work on the Nazi party and the war, as well as his book Berlin Diary.

Journalist and author William Shirer was a witness to many of the pivotal events leading up to World War II. In the second of a three-volume series, Shirer tells the story of his own eventful life, detailing the most notable events of his career as a journalist stationed in Germany during the rise of the Third Reich. Shirer was there while Hitler celebrated his new domination of Germany, unleashed the Blitzkrieg on Poland, and began the world conflict that would come to be known as World War II. This remarkable account tells the story of an American reporter caught in a maelstrom of war and conflict, desperately trying to warn Europe and the US about the dangers to come.

This memoir gives readers a chance to relive one of the most turbulent periods in 20th century history-painting a stunningly intimate portrait of a dangerous decade.

A renowned journalist and author of The Rise and Fall of the Third Reich, William Shirer chronicles his own life story--in a personal history that parallels the greater historical events for which he served as a witness. In the first of a three-volume series, Shirer tells of his early life, growing up in Cedar Rapids and later serving as a new reporter in Paris. In this surprisingly intimate account, Shirer details his youthful challenges, setbacks, rebellions, and insights into the world around him. He offers personal accounts of his friendships with notable people including Isadora Duncan, Ernest Hemingway, and Sinclair Lewis.

This fascinating personal account also provides an illuminating look into a lost pre-World War II era--and is notable as much for its historical value as for its autobiographical detail. Ideal for anyone fascinated by this period in history.

The Rise and Fall of the Third Reich

When the Third Reich fell, it fell swiftly. The Nazis had little time to cover up their memos, their letters, or their diaries. William L. Shirer’s definitive book on the Third Reich uses these unique sources. Combined with his personal experience with the Nazis, living through the war as an international correspondent, The Rise and Fall of the Third Reich not only earned Shirer a National Book Award but is recognized as one of the most important and authoritative books about the Third Reich and Nazi Germany ever written. The diaries of propaganda minister Joseph Goebbels as well as evidence and other testimony gained at the Nuremberg Trials could not have found more artful hands.

Shirer gives a clear, detailed and well-documented account of how it was that Adolf Hitler almost succeeded in conquering the world. With millions of copies in print, The Rise and Fall of the Third Reich has become one of the most authoritative books on one of mankind’s darkest hours. Shirer focuses on 1933 to 1945 in clear detail. Here is a worldwide bestseller that also tells the true story of the Holocaust, often in the words of the men who helped plan and conduct it. It is a classic by any measure.

The book has been translated into twelve languages and was adapted as a television miniseries, broadcast by ABC in 1968. This first ever e-book edition is published on the 50th anniversary of this iconic work. 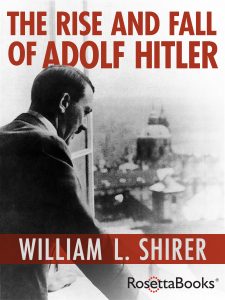 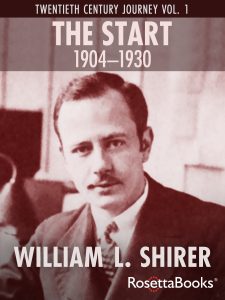 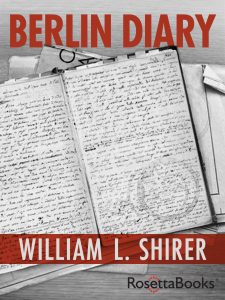 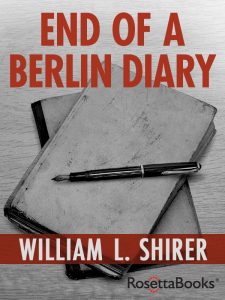 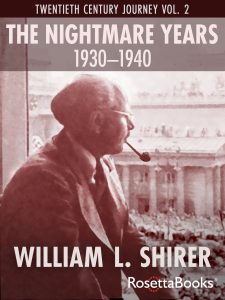 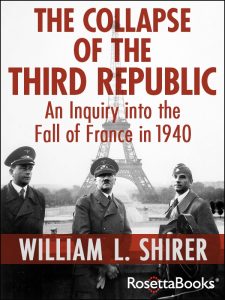 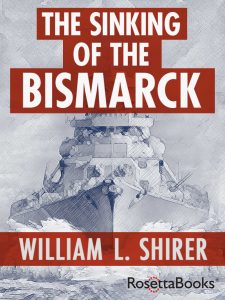 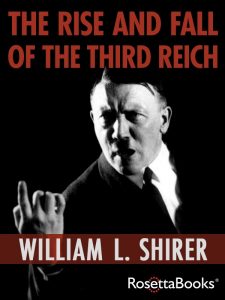 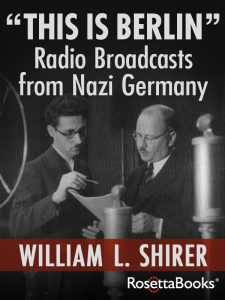