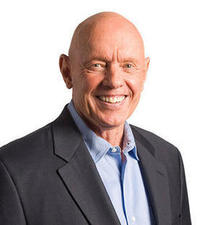 Dr. Stephen R. Covey (1932-2012) was a world-renowned authority on leadership and family relations. He held a Bachelor of Science from the University of Utah, an MBA from Harvard, and a PhD from Brigham Young University. Dr. Covey served as Vice Chairman of FranklinCovey Co., and was an in-demand speaker, teacher, and organizational consultant. Throughout his career, Dr. Covey brought new insight and understanding to millions of readers and students.

The 7 Habits of Highly Effective People

The Definitive eBook edition of the book, which has sold 25 million copies!

“Every so often a book comes along that not only alters the lives of readers but leaves an imprint on the culture itself. The 7 Habits is one of those books.” —Daniel Pink, author of Drive and To Sell is Human

Named the #1 Most Influential Business Book of the Twentieth Century by Forbes, The 7 Habits of Highly Effective People has sold over 25 million copies worldwide in over 40 languages since its first publication in 1989. It quickly became a permanent part of the cultural lexicon and continues to help millions of readers become more effective in both their personal and professional lives.

This is one of the rare books that has influenced presidents, CEOs, educators, and individuals all over the world not only to improve their businesses and careers but to live with integrity, service, dignity, and success in all areas of life. It has had an undeniable impact for three decades—and will no doubt continue to be influential for many more.

This first eBook edition was published in 2009 and has consistently been a top seller worldwide.

This book asks the fundamental question, how do we as individuals (and organizations), not only survive but thrive amid tremendous change? More, why are our efforts to improve continuing to fail despite the millions of dollars we spend in time, capital, and human effort every year? How do we combat all of this by unleashing the full measure of our creativity, talent, and energy in the midst of this pressure? Is it realistic to believe that we can find balance in our personal life, family life, and professional life?

Author Stephen R. Covey shows that the answer to these concerns is Principle-Centered Leadership; a long-term, inside-out approach to developing people and organizations. Covey tells that the key to dealing with the challenges that we face today is the recognition of a principle-centered core within not only each of us, but within our organizations. Covey offers insights and guidelines that demonstrate how we can apply these principles both at work and at home which will lead not only to an increase in our productivity and the quality of our work, but also to a new appreciation of the importance of establishing more personal and professional relationships as we strive to enjoy a more balance, more rewarding and ultimately more effective life. 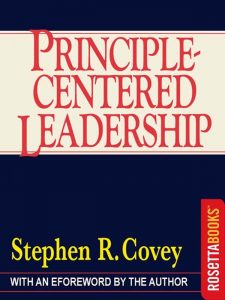 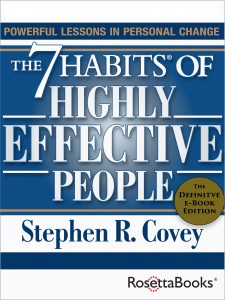